With the conclusion of the 3rd Daniel Meggs Memorial Junior, Benjamin Chase of Charlotte, N.C. and Hallie Wilson of Lewisville, N.C. both claimed victory. Chase finished 4-under-par, 140 overall and Wilson finished with an impressive 7-under-par, 137.

On the girls side, Wilson led the pack by a large margin for the entirety of the tournament. She finished the opening round at 4-under-par, 68 which was three strokes ahead of the second place position held by Katherine Dann of Charlotte, N.C. She focused on her golf basics for the first round and looked to carry the same focus going into the final round on Tuesday.

“I just kept on sinking putts and hitting the tee shots I needed to, you know, playing it safe,” Wilson said.

Wilson put up spectacular numbers over the two days of stroke play sinking a total of 12 birdies overall. One of these came during the final round on No. 18, giving Wilson an icing on the cake feeling.

She also credited the challenging course for elevating her skillset that she showcased this week, especially when it came to the tee shots.

“The challenge itself really brought out me wanting to play even better than I thought I could,” Wilson said. “The challenge of the course is what made it so fun.”

At just 13 years old, this win is a powerful statement for Wilson, as she showcased what she can do at such a young age while also giving herself the needed confidence and satisfaction that a win brings.

“I’ve been really hoping for a win lately and just finally pulling it off is amazing,” Wilson said. “It feels great and it’s definitely given me the confidence to keep it up. I’m so blessed and I’ve been putting in the hard work and finally see the results. It just feels great.”

In the boys’ championship division, Chase got a sweet taste of triumph against a very tough and consistent field. He finished 1-under-par, 71 in the opening round and teed off in the third to last pairing in the final round. He knew he was going to have to play an incredible final round if he wanted to finish on top.

Chase said he knew he was going to have to chase the competition starting off, so he ensured that he sunk some birdies throughout the front nine as well as hitting in an eagle on No. 10. Going forward, aside from one bogey on No. 14, Chase parred out and held his spot atop the leaderboard.

“[The eagle] felt good because I was two back at that point and then I tied the leader,” Chase said. “I just knew if I stayed steady that I would be in a good position.”

Chase also gave credit to the course, especially when it came to the greens. He noted the firmness which gave him the ability to fly wedges and long iron into the pins.

Chase was surrounded by an elite field that was hot on his tail as he tried to chase down the lead. Players such as Charlie O’Shea of Charlotte, N.C., Hugh Lemonds of Spartanburg, S.C. and Rhodes Baker of Winston-Salem, N.C. were all within one stroke of the lead at various points throughout the day.

“It was tough, I knew there were some people out there that could jump up really quick so I just had to play my own game and hope for the best,” said the newly-minted champion. This was Chase’s first CGA championship victory. He noted how this win has given him motivation going forward with the goal of wanting to win more championships.

As far as this most recent championship goes, Chase remarked that it feels great to be a CGA Champion and that he is looking forward to competing in the years to come.

O’Shea, Lemonds, Baker, Hank Johnson of Newland N.C. and Landon Merrell of Salisbury, N.C. all tied for second in the overall boys division. Their overall score was 2-under-par, 142. Johnson captured the boys’ 14-15 flight while Neel Ladde of Charlotte, N.C. claimed the boys’ 12-13 flight at 7-under-par, 137 overall.

The Carolinas Golf Association would like to extend a thank you to the members and staff of Pine Lake Country Club for their warm welcome and hospitality in hosting the 2022 Daniel Meggs Memorial Junior. We would also like to thank our partners at the HV3 Foundation for their support in this event and in junior golf as a whole.

Daniel Meggs grew up in Charlotte, N.C. and had a highly successful junior golf career winning the Carolinas Golf Association’s inaugural Dogwood State Junior Boys’ Championship and the Joe Cheves Junior Invitational in 2005 along with the Carolinas PGA Charles Tilghman Junior in 2006. Meggs competed in three straight USGA U.S. Junior Amateurs with a top finish tied for 33rd in 2007. Meggs played collegiate golf at Wake Forest University from 2008-2011. After college, Daniel shared his knowledge and love for golf as the Director of Instruction at TPC Piper Glen where he especially loved working with the junior golfers. In May of 2017, just weeks before his wedding to his high school sweetheart Jordan, Meggs was diagnosed with stage four colon cancer. Daniel fought courageously against the cancer for over 2 years before passing away in February of 2020. 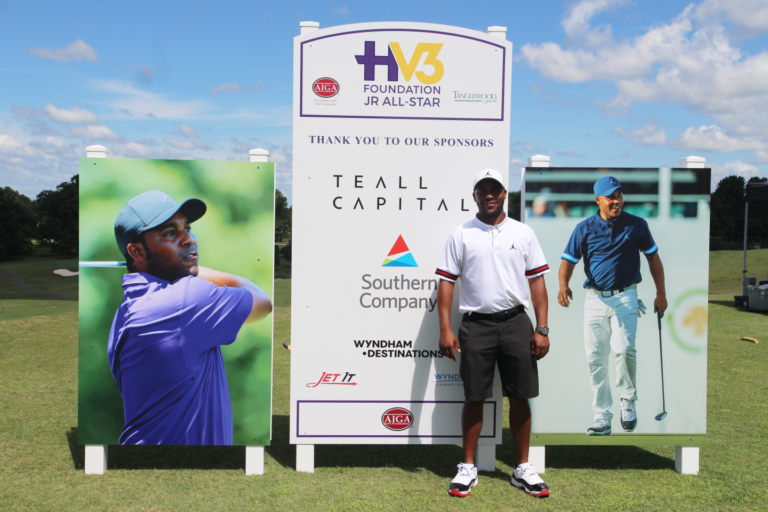 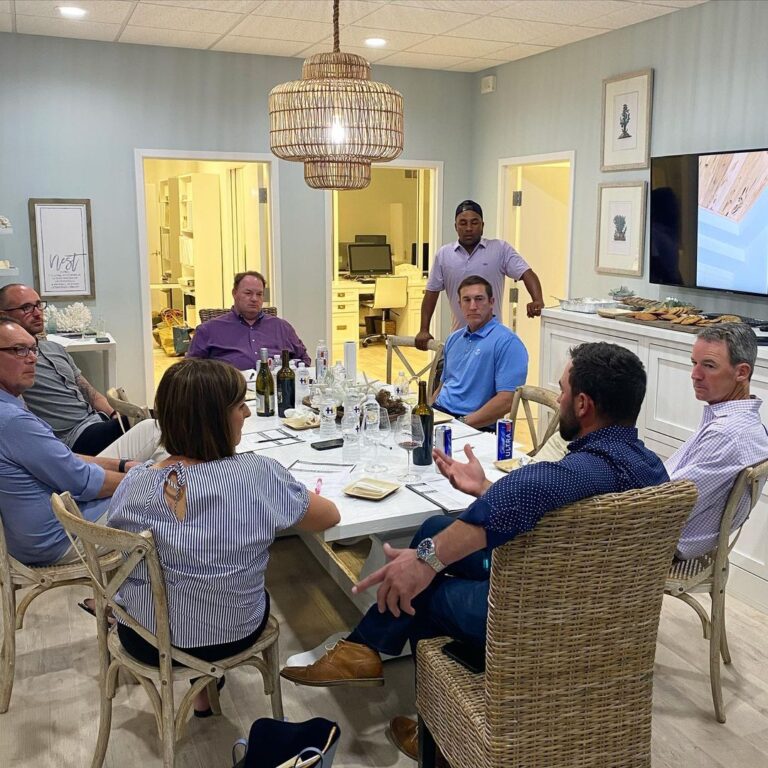 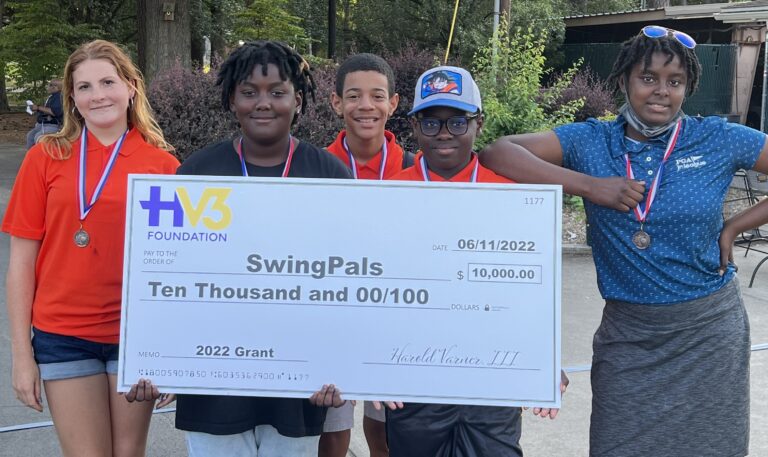 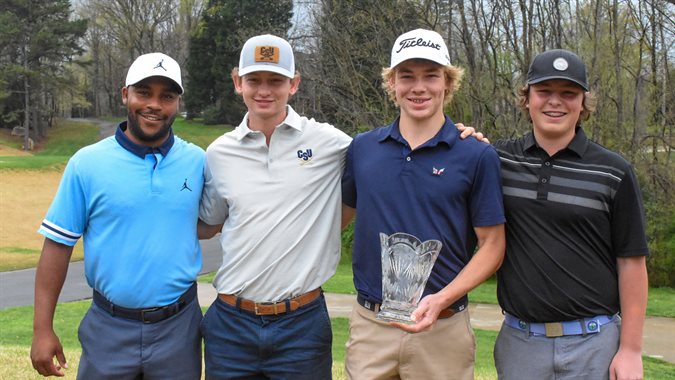 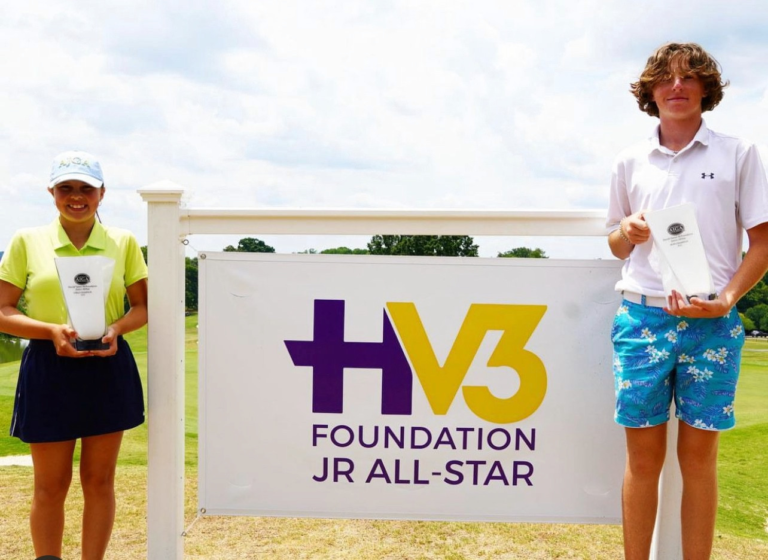 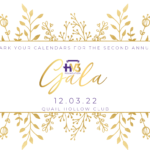 We’re proud of what @hv3_golf is building with t